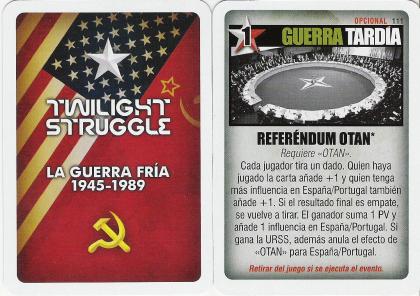 A promo card published by Devir for the release of the Spanish Edition of Twilight Struggle.

Remove from play if used as event.