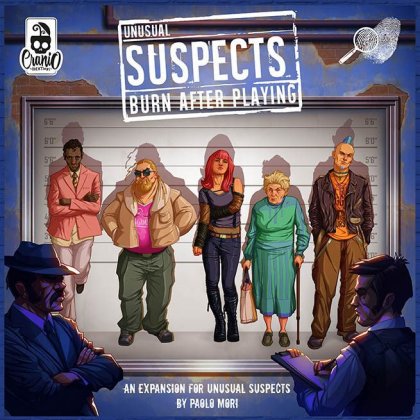 &quot;FBI, MI6, Mossad, Interpol: the secret services of the major world powers have long been panicked because the biggest criminals of the world have allied themselves with the aim of creating an international cartel addicted to crime. The night is dark and rainy, another crime was just carried out, and at a cold police station twelve characters were collected seemingly anonymous but perhaps hiding unspeakable criminals qualities.&quot;&#10;&#10;With Unusual Suspects: Burn After Playing, an expansion for Unusual Suspects you can add 55 new unusual faces and 90 questions to the base game.&#10;&#10;