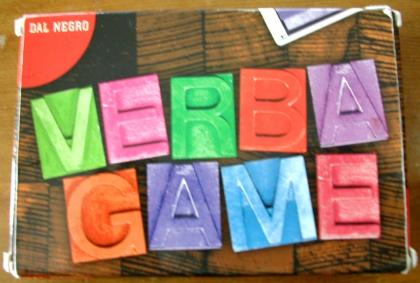 Verba Game is a word game played with cards.

The cards are split into decks, one for each player. The players then draw cards from their own deck into their hand. One player leads off by playing Letter cards (each with a letter of the alphabet) to form a word, replenishing his or her hand from his or her deck after the play. The other players then try to change the word into another by playing their Letter cards in front or behind the word. They can also play Anagram cards that allow them to rearrange the letters, or the Erase cards that let them throw away a letter in the word.

The game ends when a player has run out of cards in both his or her hand and deck, making him or her the winner.