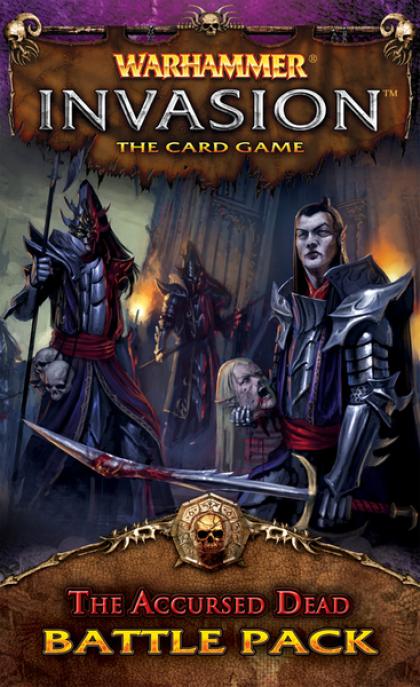 The Accursed Dead is the third Battle Pack in "The Bloodquest Cycle" for Warhammer: Invasion The Card Game! Undead and the forces of Destruction gain unprecedented necromantic prowess. Even the forces of Order claim new control over their fallen with cards that manipulate players' discard piles and the units therein. Additionally, three of the Old World's races set off on bold new quests to disrupt their opponents' plans, the Dark Elves conduct bold raids, the Orcs gain early card draw, and an adventurous legend lends his strength to the Empire's cause.

The Accursed Dead introduces new units, tactics, and attachments (including a powerful new Artefact) that increase the value of your Heroes, legends, and quests. Face the full fury of Dark Magic in the realm of the Undead in The Accursed Dead!