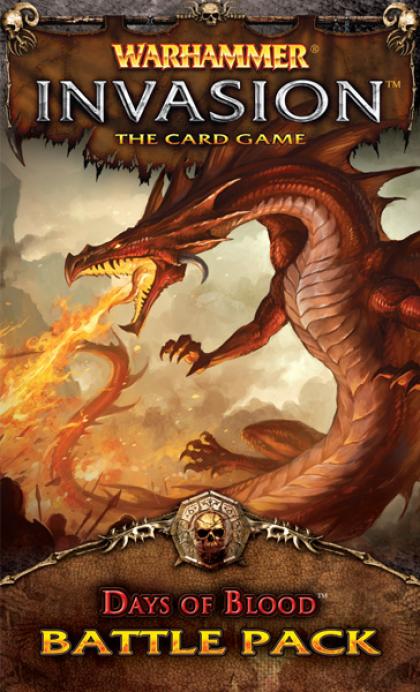 Days of Blood, the first Battle Pack from the "Eternal War" cycle for Warhammer: Invasion The Card Game, the cycle's new strategies arrive to the front lines with a deafening roar! The new Ambush and Raider keywords allow players to surprise their enemies and gain wealth from the bodies of the fallen. The Battle Pack's sixty cards (three copies each of twenty individual cards) also include a Dark Elf legend filled with hatred, two Fortifications, powerful new tactics, and a veteran Empire Knight who benefits from his combat experience!

Days of Blood is the first Warhammer: Invasion expansion to benefit from a new mechanism for "experience". While nearly all of the new units from the "Eternal War" cycle share abilities that lend emphasis to the Battlefield phase, some units gain experience to fuel increasingly powerful abilities every time they attack.