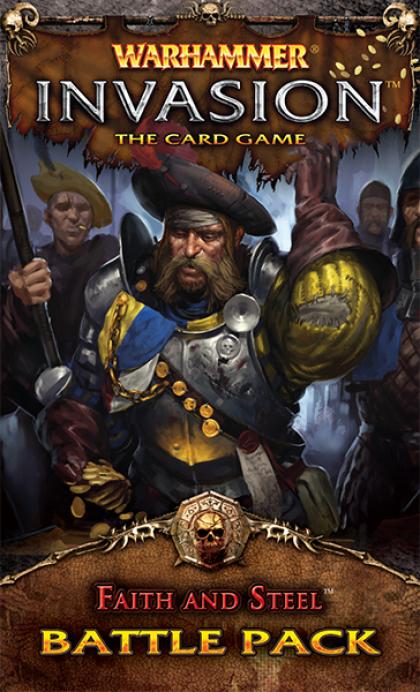 The "Eternal War" cycle in Warhammer: Invasion The Card Game comes to a climactic conclusion with the battles inspired by Faith and Steel! As the Battle Pack's sixty new cards (three copies each of twenty individual cards) bring the forces of Order and Destruction to the battlefield, the Empire turns to its Mages, supports, and the legendary Balthazar Gelt. Will tricks and traps made possible by the Ambush and Raider keywords win the day? Or will one army rise to power, backed only by the sheer, brute strength of its units?