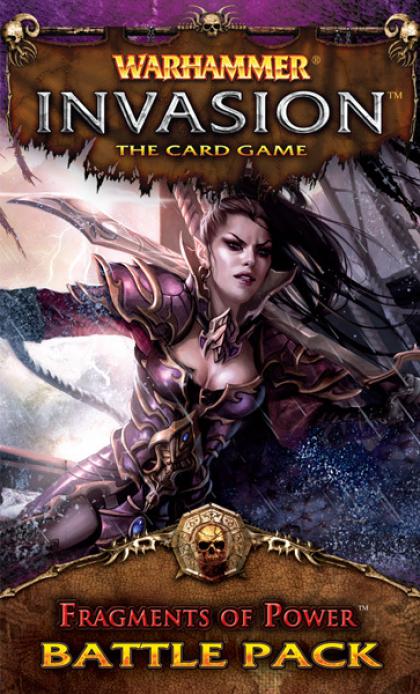 Fragments of Power is the second Battle Pack in "The Bloodquest Cycle" for Warhammer: Invasion - The Card Game. As the armies of the Old World collide, quests become more varied and important than ever. While the battles claim their blood and death, mighty heroes undertake quests to recover powerful artifacts, infiltrate enemy forces, rally troops, and turn the tide of battle.

Fragments of Power introduces three flavorful new quests to bolster Greenskin and High Elf armies, as well as Skaven in all armies of Destruction. New units, attachments, and tactics reward the play of Heroes and legends, and a bloodthirsty new Dwarf legend arrives to inspire the Dwarfs and rekindle the fire that burns for their ancient grudges.

If you begin the quest for Fragments of Power, you had better be ready for ferocious battle!