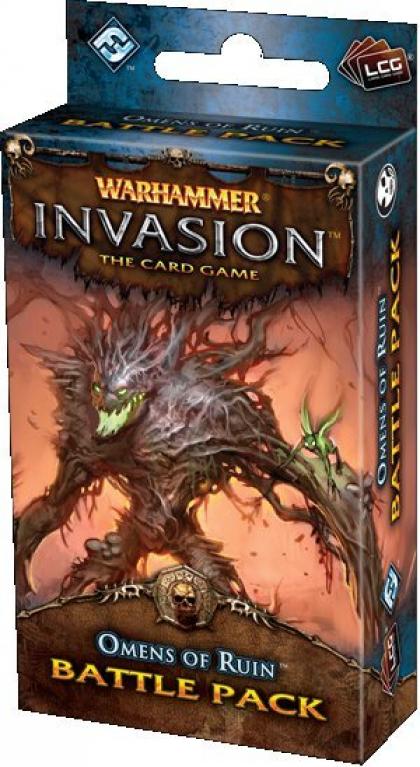 Fantasy Flight Games is pleased to announce the upcoming release of Omens of Ruin, the first Battle Pack in The Morrslieb Cycle for Warhammer: Invasion The Card Game! This winter, a strange moon will rise, casting the Old World in a sickly green light. What horrible future can be foretold? And what does this mean for the factions vying for control of the Old World?

Kicking off this exciting series, Omens of Ruin introduces the nimble Wood Elves and their mysterious Forest Spirit allies. Meanwhile, the mighty River Troll joins the fray and Dark Elf Infiltrators invade the ranks of their enemies! With three copies each of twenty never-before-seen cards, Omens of Ruin is designed to augment existing decks and add variety to the Warhammer: Invasion metagame.