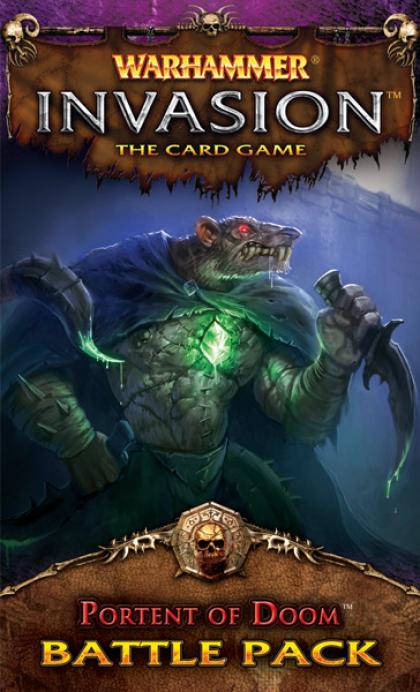 Bloody war rages across the Old World. While ancient enemies struggle, sweat, and bleed, Portent of Doom continues to develop the focus on material rewards for quests that pervades "The Bloodquest Cycle" for Warhammer: Invasion - The Card Game. The sixty cards (three copies each of twenty different cards) in this Battle Pack provide players their first Portent, as well as units, support cards, and tactics that hasten questing. Players also find ways to protect their units, an Empire unit capable of filching their rivals' resources, and a fearsome new Chaos legend.

Each army seeks the means to conquer its foes. With Portent of Doom, the course of history may be decided by those few individuals tasked to find Artefacts of power and to recover them as weapons to be employed in the heat of battle!