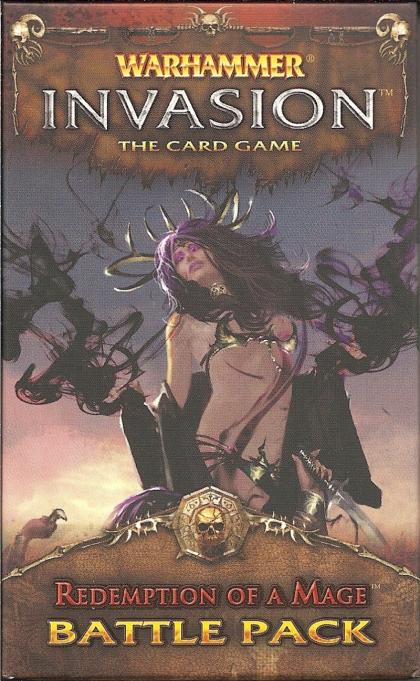 Warhammer: Invasion – Redemption of a Mage

Fantasy Flight Games is pleased to announce the upcoming fourth Battle Pack in the The Enemy Cycle! Redemption of a Mage is the latest in a linked expansion series for Warhammer: Invasion, a card game of intense warfare, clever kingdom management, and epic questing. This 60 card pack contains 20 different never-before seen cards designed to augment existing decks and add variety to the Warhammer: Invasion metagame.

In this exciting continuation of The Enemy Cycle, the Dwarfs build their mastery of powerful Runes while the Empire expands their synergy with the Mage and Knight keywords. For Chaos, father Nurgle’s arsenal of diseases grows, while the Dark Elves practice their hexes and the Orcs smash everything in sight.

This, along with exciting options for the High Elves and new three-way neutral alliance cards, Redemption of a Mage is an invaluable enhancement for any Warhammer: Invasion deck.