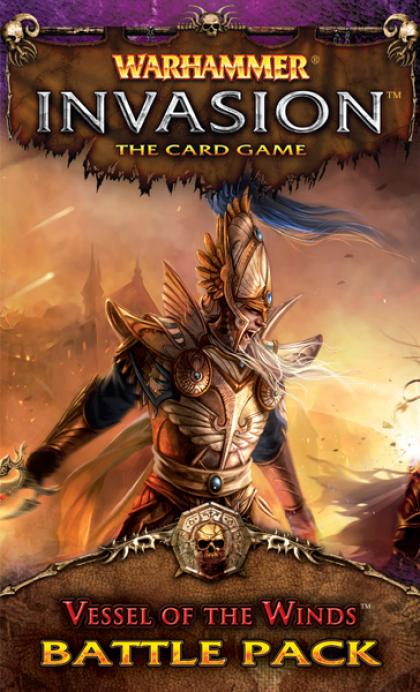 Warhammer: Invasion – Vessel of the Winds

Vessel of the Winds is the fourth Battle Pack in "The Bloodquest Cycle" for Warhammer: Invasion The Card Game! The sixty cards (three copies each of twenty different cards) in this inspiring Battle Pack bolster each race with unique units and support cards to rally their troops to victory as the Winds of Magic howl across the Old World.

In such unsettling times, armies look to their greatest personalities for leadership and guidance as they prepare to meet their enemies under the threat of magical annihilation. Vessel of the Winds adds exciting new cards to tame the winds and harness them against your foes. Meanwhile, other units arrive ready to risk their lives on daring quests to advance their armies' strategies, and the Orcs, Dark Elves, and Undead seek means of uniting the tribes, subverting their enemies' fighting spirit, and achieving immortality.