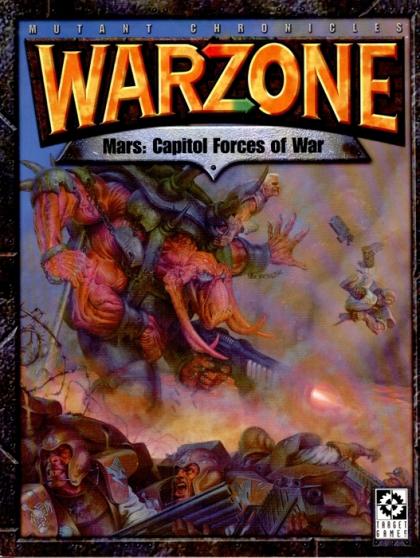 Mars took its name from the Roman god of War because to those who first observed the planet in the night sky of Earth it glinted with the ruddy shade of blood. But the naming seemed to be touched by the hand of prophecy for on Mars, the Red Planet, war still reins supreme…

The Capitol Corporation see themselves as masters of Mars for they dominate the planet with their powerful army and the mighty Jugggernaut battle-trains that travel the Trans-Martian Railway. But in the Year of the Cardinal 1268 a new power rose up on Mars. A power so ancient and so terrible that few believed the nightmares spoken about it. The power is that of the Dark Soul and now Algeroth, the Apostle of War, seeks to challenge the ancient Roman God for dominion of this world that seems destine to be forever bathed in blood.

Mars: Capitol Forces of War is the second supplement to Warzone 2nd Edition.