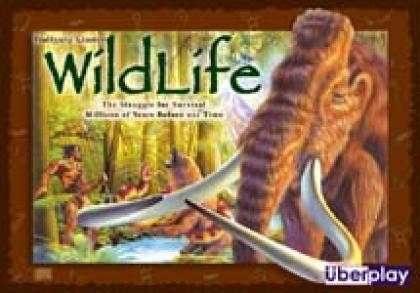 Millions of years ago the first men fought with other creatures for survival. By their ability to adapt to new types of terrain, they were able to flourish and eventually dominate the Earth. In this evolutionary game, players control up to six types of creatures indigenous to different regions of the land: Eagles (mountains), Bears (forests), Crocodiles (water), Mammoths (plains), Men (savannah), and Snakes (desert).

Each player takes the role of one of these six creatures, and tries to expand their herd and learn new abilities. As long as there is enough room in the region for all of the animals, the creatures can live together in harmony. Otherwise, battles erupt amongst the creatures for control of the region. Now, the success of the creatures depends on how well they adapt to their new terrain.

Which creature will grow its herd and develop the best strategy for survival?

Original description from the publisher.