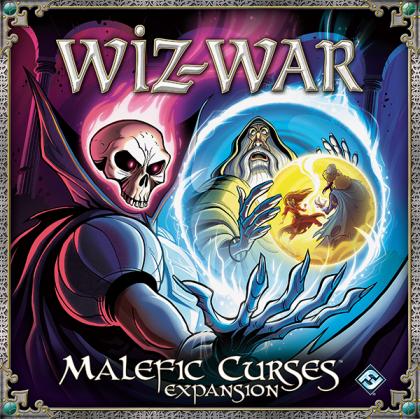 Malefic Curses, the first expansion for Wiz-War, adds a fifth player to the battle, bringing a new sector board and new portals with him. New schools of magic enter the playing field as well, inviting players to tap the fearful powers of Hexcraft, Necromancy, and Chaos. Hexcraft allows a player to etch powerful runes in the paths of the maze, trapping those who dare to cross them. Necromancy offers a host of death-dealing tactics, and the powers of Chaos grow increasingly powerful, although they remain unpredictable at best.