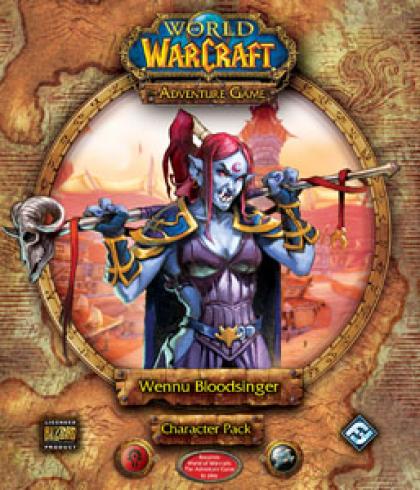 In the World of Warcraft, there are many heroes and many perils. As each foe falls, a new enemy is revealed; as each hero falters a new champion stands forth. Now, new heroes have risen to take their place in the Hall of Legends!

Weenu Bloodsinger, a Troll priest, has devoted herself, body and soul, to the powers of shadow magic. Her unwavering faith in the world of shadow manifests as power words, shadow words, and other terrifying miracles. Using her shadowform, she possesses the eerie, vampire-like ability to drain her opponent of life, leaving nothing behind but a desiccated husk.

Not a complete game. A copy of World of Warcraft: The Adventure Game is required to play.