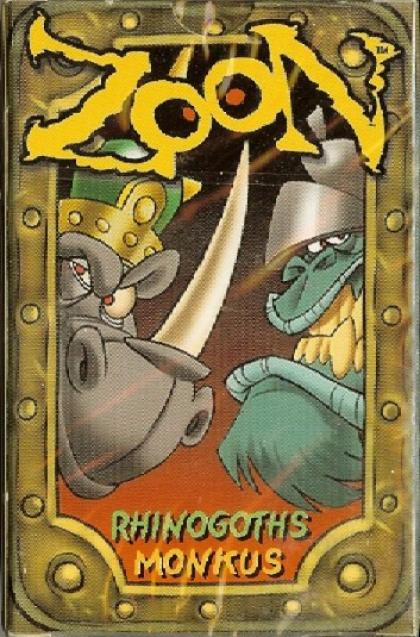 This is a non-collectible card game; it comes in sets of two pre-built factions (e.g. Rhinogoths & Monkus or Warus & Boarix). The Zoon are warring tribes of genetic experiments that humans left behind on Earth. Half human, half animal, the Zoon fight while humans observe their behavior from space. Essentially, Zoon is Chess with cards.

The El Moondo version came in sets of four factions decks, and contained rules for a four-player version, in addition to the standard two-player game.