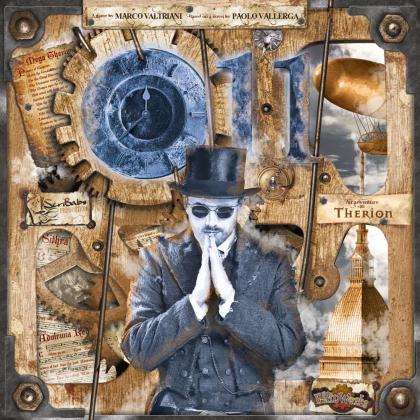 It’s year “011” in an alternative 19th century. The Inscrutable Organ of Eternity is hidden somewhere in Turin, and it’s the only instrument that can prevent the coming Ragnarök. Only one of the 8 Characters in the game is the “Chosen One” who can play the Organ. One of the others, meanwhile, has been possessed by the Spirit of Fenrir the Wolf, and will try to prevent the Chosen One from reaching the Organ.

The goal of the game, is to identify and deliver the Chosen One and the song of Making (which is composed as part of the game play) to the Inscrutable Organ of Eternity before the 12th hour.

011 is played over 11 rounds, called Hours. Each Hour is divided into 5 phases. All players, in order, must complete one phase, before the next phase begins:
1. Reveal Event
2. Bid for Turn Order
3. Place Clues on the Map
4. Character Actions and Movement
5. Play Location Tiles

Once all 5 Phases are complete, advance the Hour Hand one space on the Ragnarök Clock. If the Hand reaches XII (and so, the 11th Hour has passed), the game ends and all players lose! Otherwise, a new Round begins with Phase 1.