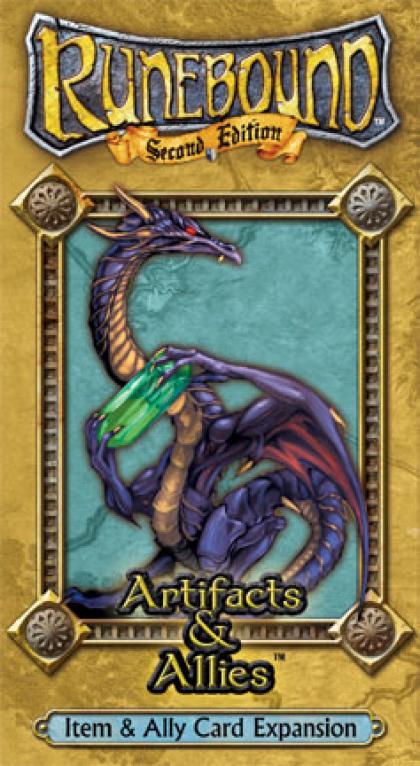 "Terrinoth is a land of great magic. Whether bound into the commonly-used Runes, imbued into great artifacts of mystical might, or even inherent in the fantastic creatures that inhabit the land, this magic is everywhere.

The Artifacts and Allies expansion pack adds new items and a new type of ally - the Familiar - to the Runebound (Second Edition) basic game. Familiars have useful abilities and can be acquired in addition to the usual three allies each character is allowed.