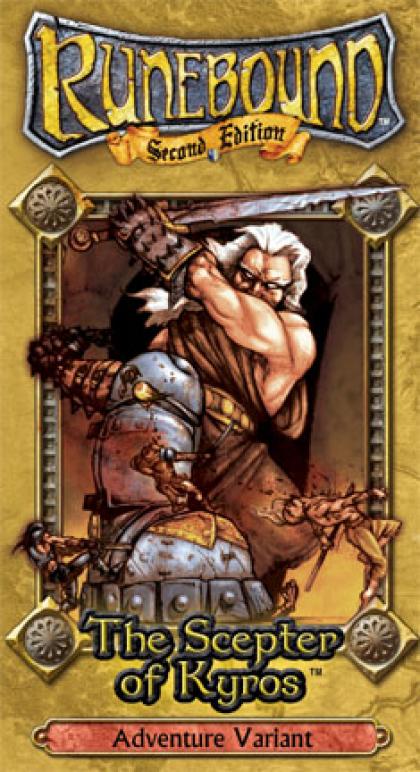 Runebound: The Scepter of Kyros

In this expansion, Runebound (Second Edition) is played as normal, except that the cards from the expansion replace the Encounters and Events in the normal adventure decks. The blue challenge cards represent Giant Lords that are trying to conquer the world of Runebound.

When 8 Giant Lords have been defeated, an special endgame scenario begins where giants invade and occupy a number of cities on board. Defeating these foes will be a challenge, as they can even use items from the marketplace of the occupied cities!

This expansion of 30 cards includes:

Voti e commenti per Runebound: The Scepter of Kyros