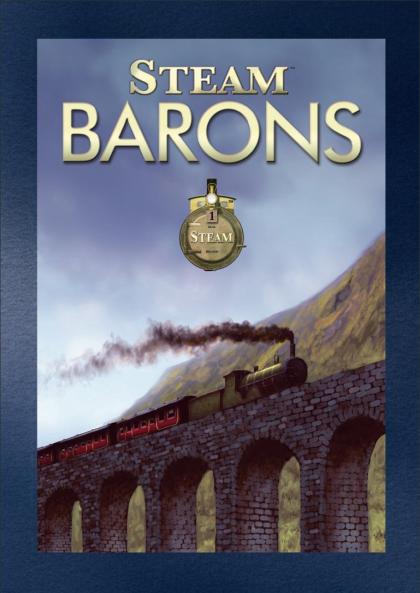 Steam Barons is the first expansion for Mayfair's Steam.

Two maps are included in the game, one covering eastern USA, along with parts of Canada, and the other covering northern England.

The maps are suitable for five and six players if you use the base or standard rules from Steam.

An additional set of rules are included which allow you to play the game in a different manner. The Steam Barons rules introduce a stock-market system to the game. Now you can buy and sell shares in the railway companies. The biggest advantage of these rules is that the maps become playable by between two and six players.

The game also includes 144 wooden train pieces which must be used with the Steam Barons version but can also be used with the base and standard games. An additional 38 tiles have also been included to avoid shortages with the larger maps.

Railways of England and Wales (for the stock market part)