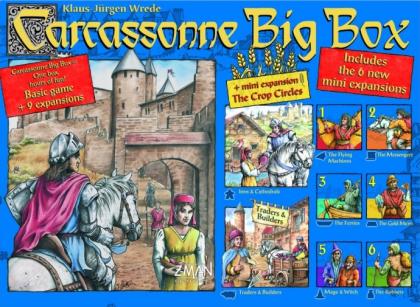 2014-09-16: The goods token in Big Box 4 are larger than those released in the stand alone expansion Traders and Builders.