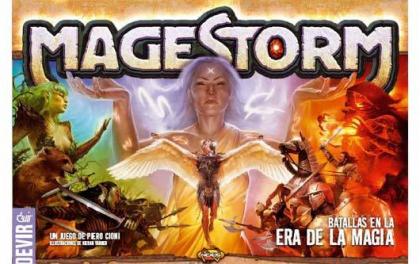 Enter a world of high magic and bloody melees with Magestorm! Magestorm is a new fantasy board game series where you will finally be able to play fantasy battles as you dream them to be. Powerful magicians wielding god-like powers will call storms of fire from the sky, move hills, raze woods, invoke fear into the hearts of hundreds of enemies. At the same time, mighty armies will clash on the field of battle, and victory can only be achieved by the perfect combination of magic-using and military skill.
With top-level components and incredible replayability provided by the combination of different armies, mages, and scenarios, the first boxed set of Magestorm is just the beginning of an endless series of fantasy battles.