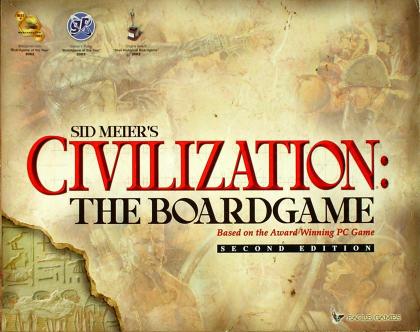 Finally, a boardgame version of this award-winning PC strategy game. Create a civilization to stand the test of time! The game begins in 4000 BC where the players found a pair of villages of a fledgling people.

Explores the world around them, discovering resources and the native people that defend them.
Expands by sending settlers out to create new cities.
Researches new technologies to gain advantages over the other players.
Builds unique “Wonders of the World”.
Increases the size of their cities (4 sizes from village to metropolis) to increase production.
Builds military units to defend what’s theirs, and to conquer what’s not.