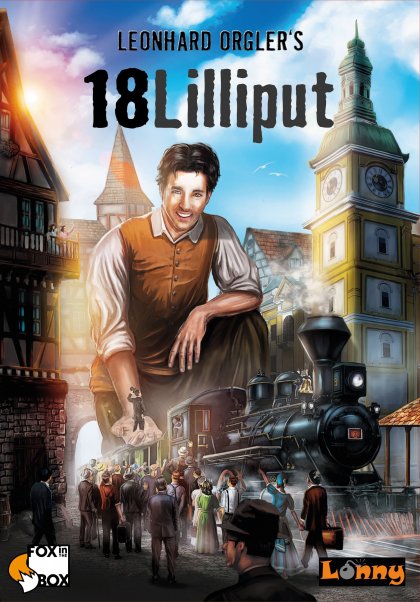 In 18Lilliput, players try to build up the best railroad network by using action cards to get richer than the other players.&#10;&#10;Every player starts with a railroad corporation and a character that gives them a special ability during the game. The game is limited to eight rounds of play, and every round, each player may select two action cards from a common pool to undertake activities on behalf of their railroads. These actions include laying new track, upgrading track, buying trains, buying new shares or opening a new company, or simply getting money into one's personal cash or into a company's treasury.&#10;&#10;After the action selection phase, each company runs its trains and earns money, which can be withheld for future investments (trains, track, railheads) or paid out to the shareholders. This decision will influence the share price value of the company in question.&#10;&#10;At the end of the game, players sum their cash on hand with the value of their shares, and whoever has the biggest total wins.&#10;&#10;18xx players will find a lot of used and tried mechanisms, as well as many new elements, mingled into a quick and exciting card game.&#10;&#10;&mdash;description from the designer&#10;&#10;