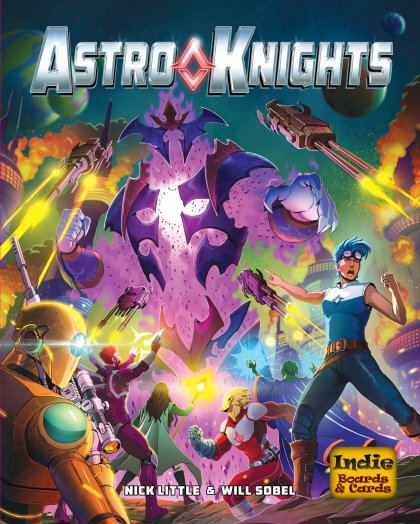 Astro Knights is a cooperative deck building game where your deck is never shuffled. Your goal is to defeat the Boss before it destroys your team or the Homeworld you&rsquo;re defending.&#10;&#10;Each round, the players and the Boss will take turns in a random order. During a player&rsquo;s turn, they will be able to acquire Fuel, Tech, and Weapons from the supply, equip and attack with those Weapons based on the number of slots they have, gain new slots, power up, and use their special ability. All four of the Bosses in this game have their own decks and abilities, and will require a different strategy to be defeated&#10;&#10;