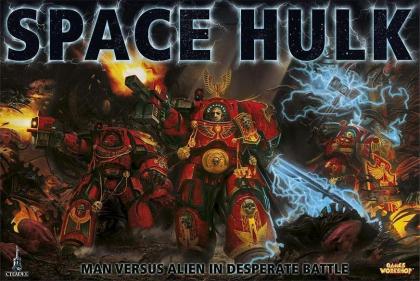 From the depths of space an ancient vessel drifts slowly towards the Imperium of Mankind - a space hulk. Within its confines, untold thousands of Genestealers slowly emerge from hibernation. The Space Marines must enter the cramped corridors and tomb-like chambers of the ancient ship to defeat this alien menace.

Space Hulk is a board game for two players, recreating the battles fought between the Space Marines and Genestealers. One player commands the Space Marines as they carry out deadly missions in the ancient Space Hulk, and the other commands the horde of Genestealers opposing them. Space Hulk's fast-paced rules simulate the tense atmosphere of a mission deep inside the cramped confines of a derelict space hulk, where split-second decisions are needed for victory.