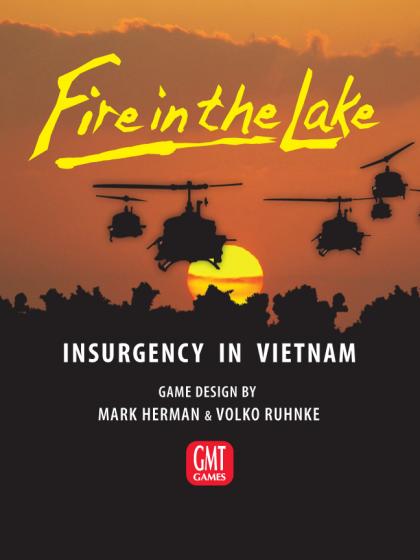 Fire in the Lake

Volume IV in GMT’s COIN Series dives headlong into the momentous and complex battle for South Vietnam. A unique multi-faction treatment of the Vietnam War, Fire in the Lake will take 1 to 4 players on US heliborne sweeps of the jungle and Communist infiltration of the South, and into inter-allied conferences, Saigon politics, interdiction of the Ho Chi Minh Trail, air defense of Northern infrastructure, graduated escalation, and media war.

Renowned designer and modern warfare expert Mark Herman joins COIN Series creator Volko Ruhnke for a collaborative production not to be missed. Fire in the Lake features the same card-assisted counterinsurgency game system as GMT's Andean Abyss, Cuba Libre, and A Distant Plain, with a pack of twists that take the Series to another level, including:

Voti e commenti per Fire in the Lake