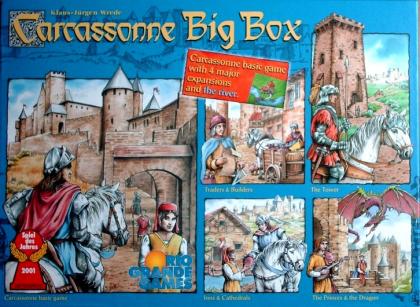 This big box includes the basic game, Inns & Cathedrals, Traders & Builders, Princess & Dragon and The Tower. The English version also has The River.